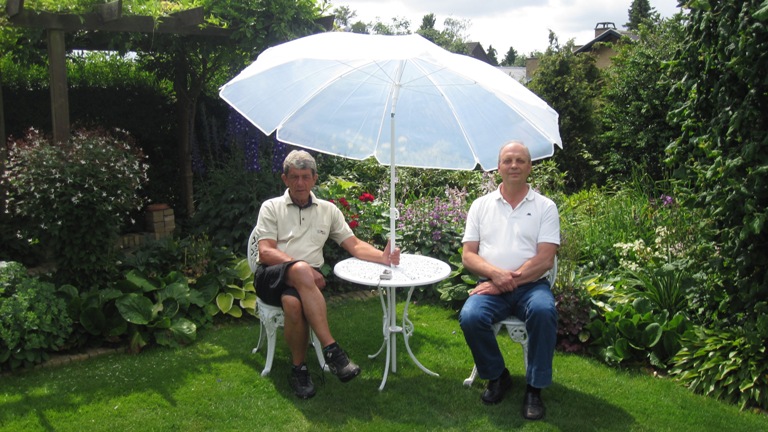 The inventors Jens Thorn and Per Jakobsen

New type of plastic can reduce skin cancer.
This Danish invention can take you from the shadow into the sun without worrying about the dangerous UV radiation.
- A transparent parasol that filters out the hazardous UV rays.
- Do you want to avoid using sunscreen, then a transparent UV parasol solution.
- You get both the heat and the light from the sun.
- You won’t sit in the shade where it can get chilly, even though the sun is at its peak.The UV parasolis used to prevent getting sunburned, so in longer term, it can help reduce the spread of skin cancer, which today, is the most common form of cancer.
In recent years, there has been a significant increase of skin cancer with approximately 16.000 new cases a year in Denmark. 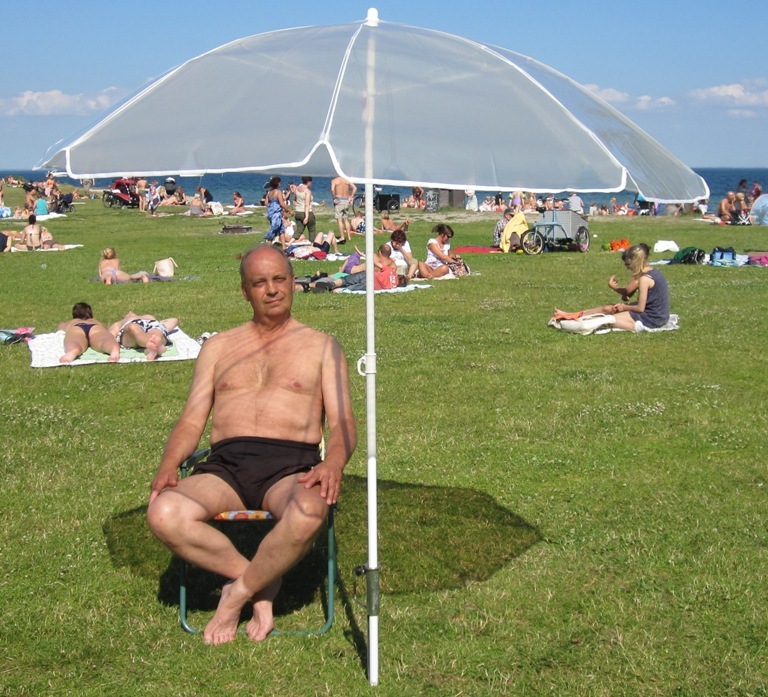 It was an idea that literally came to light in the shade.
Eight years ago, Per Jakobsen was on a holiday with his family in Italy. And while everyone was freely moving around in the sun, Per had to take place under an umbrella as his skin is sensitive to the rays from the sun and sun lotion. While sitting there staring at a dark and boring umbrella, he was wondering… Why isn’t it transparent so I as well can enjoy the sun. 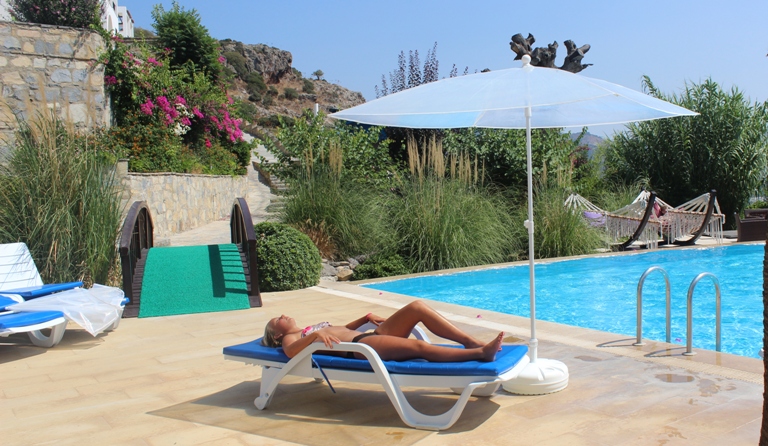 "I love the heat from the sun. So when I came back home Italy, I called The Technological Institute of Denmark to examine what solutions was available to allow me to stay in the sun without the use of sun lotion.” Per Jakobsen tells. 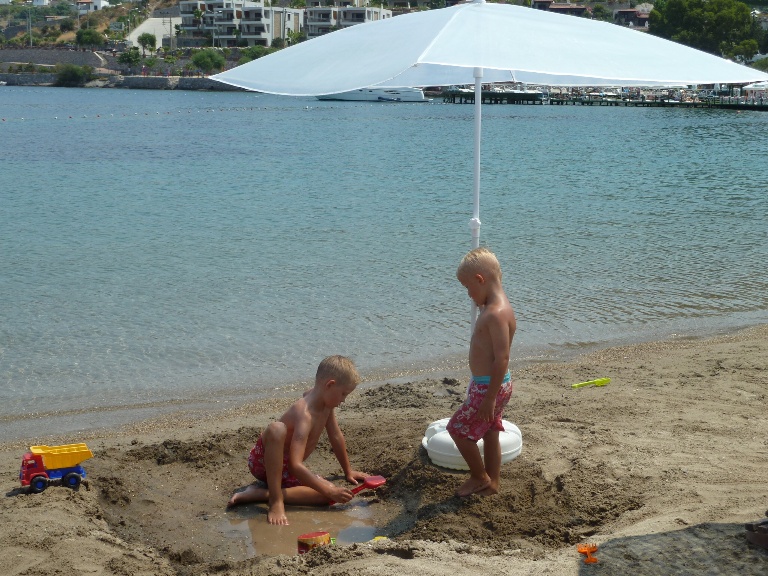 Children play safely at the beach

The reply he got was that they weren’t aware of such a solution. So, as Per at that time worked in the plastic industry, he was certain that he could come up with a solution himself. He had a chat with a colleague, Jens Thorn, and together they developed a proto type.
The Technological Institute tested the plastic, which showed that it has a protection of factor 80, which is the highest sun protection you can measure, and has received the same certification as clothing, which comply with the same EU regulations as sun lotion. 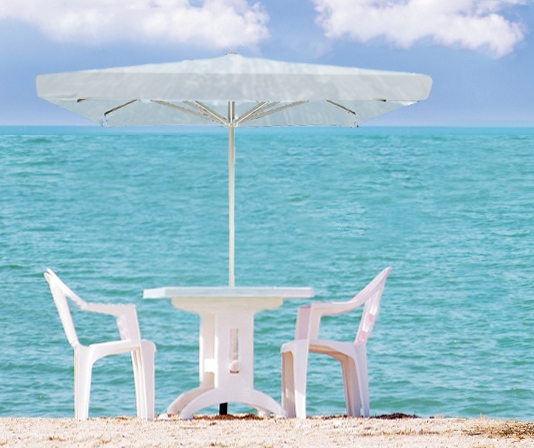 Through the inventor's network, they also got in touch with business man and ideologist Peter Egelund, who instantly wanted to put it in production, signed a license agreement with the two inventors and developers, to drive the project forward. 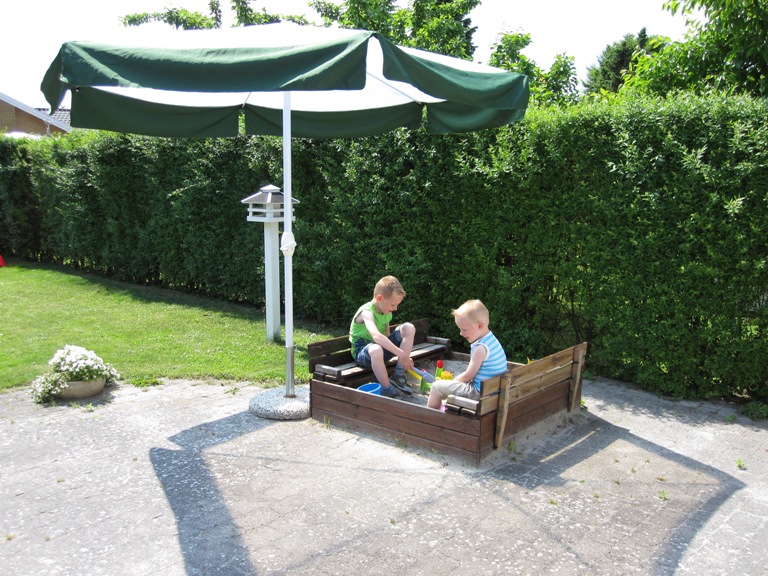 Children play safely in the sun

The Technological Institute has been supportive all the way and International experts in cosmic radiation at the Australian Radiation Protection and Nuclear Safety Agency has approved UV-sunbreaker and publically stated that the plastic used for the parasol, protects as intended. 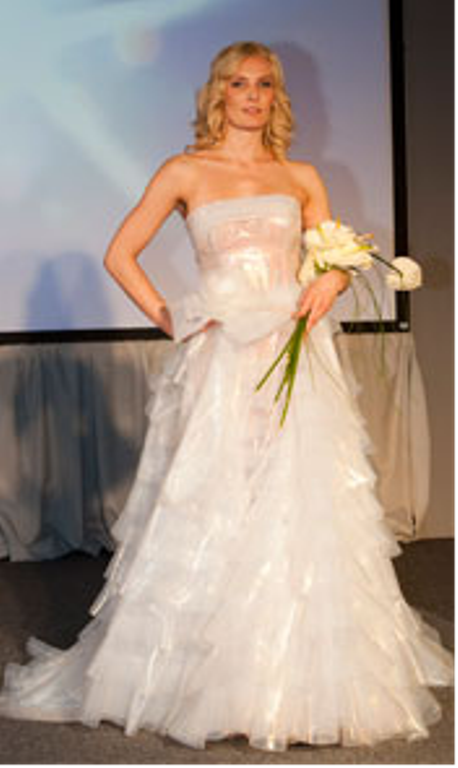 Sun campaign at the Danish Technological Institute.
A fashion show showed that it neither has to be boring nor un-sexy to be UV-safe. One of the best ways to protect yourself from too much sun, is with clothes.
The Technological Institute, tests textiles based on one of the world's toughest standards. Especially in connection with beachwear, it’s important to be able to document how well the clothing protects against the sun's ultraviolet rays. 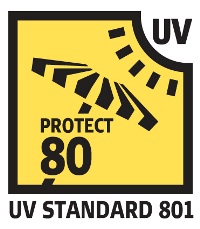 Can be purchased here: >> uvsunbreaker-levabo.dk <<

Block all harmful UV-A, UV-B and UV rays. The parasols comply with the UV801 Standard with the maximum protection "Protect 80”